What You Need to Know About Natural Wine Love it or hate it, natural wine is one of the industry’s most widely discussed and debated topics; though for many, a few basic questions still stand: what exactly is natural wine, what’s the big fuss over it, and why should we care? Here, we’re giving you our take on why we care so much about the natural wine movement-- and what common misunderstandings within the debate we don’t stand for.

What is natural wine?

Believe it or not, what natural wine is might actually be the trickiest question to answer, since there is no legal definition for the term. However, the general understanding within the industry is that natural wines are produced with organically farmed fruit, generally (though not always) using some form of biodynamic principles, and without adding or removing anything during the vinification process. This means that juice spontaneously ferments with natural yeasts and intervention in the cellar is kept to a minimum. Wines are generally unfined and unfiltered, with zero to little (again, an undefined amount) SO2 added upon bottling.

Unlike most conventionally produced wines, natural wine enthusiasts see these final products as living wines, fully reflective of the terroir from which they come. Conventional winemaking actually allows for many more pesticides and additives, as well as much more manipulation, than many wine consumers understand. And worst of all-- there’s zero need to specify so on the label, making these chemical manipulations completely OK within the eyes of the law.

“The general understanding is that natural wines are produced with organically farmed fruit, using some form of biodynamic principles, and without adding or removing anything during the vinification process”

Why is there a debate about natural wine?

On a larger scale, the biggest problem within the natural wine community is the issue of flawed wine being conceived as drinkable and of high quality, simply because it was naturally produced. If not carefully supervised during vinification, many natural wines will encounter serious flaws, including refermenting in the bottle, heavy brettanomyces, mousiness, and excess oxidation. Many of these flaws can be excused by consumers or wine professionals, simply because wines were produced naturally. 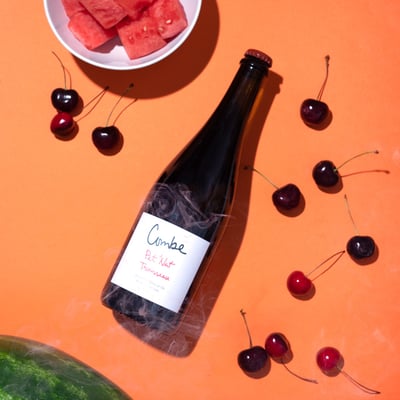 Here at Verve, we believe that great wine is produced all over the spectrum, using an array of production methods. We definitely advocate for organic farming, sustainable practices, and minimal intervention in the cellar, as we believe these practices lead to the most terroir-driven, drinkable wines. However, we do not believe that the way in which a wine is produced is an excuse for flaws, either. We believe that our wine selection, as with the juice within each bottle that we sell, is all about balance. We believe in supporting wines that are handmade, free of faults, representative of where they come from, and most of all, delicious.

Many of the growers we support at Verve would likely fall under the natural wine umbrella, however, we carefully select each producer we work with based on the quality within the bottle, while still maintaining a preference for sustainably produced wines. At the end of the day, great wine is produced via great work in the vineyard, which we believe takes place via sustainable production methods. Drinking deliciously, while also leaving the Earth healthy, is our first and foremost priority!